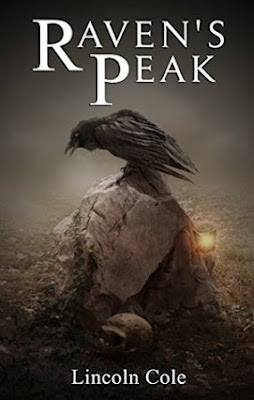 This book is the first one in a series. I chose to read it because of its unique title and blurb.

The plot revolves around a quaint little mountain town where demonic influence is controlling the activities of townsfolk. A demon hunter is vested with the task of finding the root cause. The story tries to introduce the key elements, the characters and the essence of what the series might unfold to be.

As far as the narration goes, there were interesting moments and not-so-interesting moments for me. There were a few places where I felt that narration was a bit rushed. Yet again, there were certain other scenes where I had to read it twice to comprehend what exactly happened. In short, not all scenes had the power to evoke imageries in my mind's eye. Writing style is definitely unique. And this being Lincoln's first book, I am sure it would only keep getting better.

There are many characters in this story and except a few of the key players the rest were present to add support to a particular chapter or scene. Though the protagonists and antagonists were well-defined, they were not given distinctive characteristic features. Again, a benefit of doubt can be given to Lincoln in this regard. Raven's Peak is the first book in a series, so probably, the author has designed a separate path for each character that would unfold in the subsequent stories. There is violence and it succeeds in bringing out the flaws of the characters as well. Luckily, nobody has been projected to be a perfectionist.

To sum up, this book is not the typical good versus the evil kind. There is much more to it than what meets the eye in the first place. Being the beginner story, there are a few minor glitches which I am sure would be addressed in the following sequels. The story ends with a cliffhanger and it definitely promises more for its readers. Read it to get acquainted witha new genre.

P.S - Thank you Lincoln. This review is my honest opinion. I am sure the next book would be much better. Will start reading it next.
Book Review