Showing posts from May, 2018
Show All

Boyd: The Fighter Pilot Who Changed The Art Of War

Sometimes one single book has the power to get you thinking for a long time. I picked up this book for the sheer personal interest I have in the subject it dealt with. Be it the term Fighter Pilot or Art of War, both are topics close to my heart. So it was but natural that I put aside all other books and read this one on top priority. The book deals with the professional and personal life of John Boyd, a man who is revered by the Military fraternity around the world. It gives a peek into the life of a military strategist whose profound thoughts were way ahead of the times and era he lived in. Robert Coram, as a biographist, has brought out the facts as accurately as he could. In fact, this is one biography that is gripping from beginning till the end. His language is simple. The military jargons used have been explained in a manner that can be comprehended even by people from the civvy street. As a military history enthusiast, this book definitely intrigued me since the very f
Post a Comment
Read more

Shorts: Daughter Of The Sun 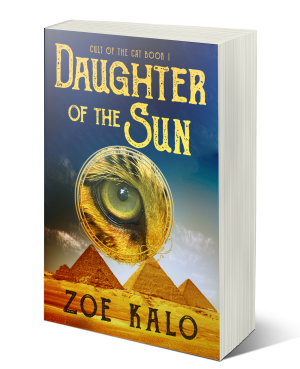 Daughter of the Sun ~ Cult of the Cat Series Book 1 ~ About the Book: Title: Daughter of the Sun Series: Cult of the Cat Series, Book 1 Author: Zoe Kalo Genre: YA Contemporary Fantasy / Paranormal Word Count: 93,000 words No. of Pages: 330 Mystery, adventure, a hint of romance, and the delicious sweep of magic... Sixteen-year-old Trinity was born during a solar eclipse and left at the doorsteps of a convent along with a torn piece of papyrus covered with ancient symbols. Raised by nuns in the English countryside, she leads a quiet life until she’s whisked away to the Island of Cats and a grandmother she never knew.  But before they can get to know each other, her grandmother dies. All that Trinity has left is a mysterious eye-shaped ring. And a thousand grieving cats. As Trinity tries to solve the enigma of the torn papyrus, she discovers a world of bloody sacrifices and evil curses, and a prophecy that points to her and her new feline abilities.
Post a Comment
Read more

An Excerpt: 3 Peaks Of Happiness 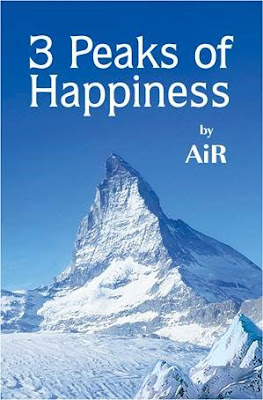 Chapter 1 Happiness is a Journey The whole world is seeking happiness. In fact, it seems like we are all on an eternal journey to destination happiness. Yes, happiness is a journey, but not many people know that it is the path itself. You cannot get happiness, but you can be happy. While there is no one on earth who doesn’t seek this treasure, there are only a few who truly understand what happiness is. “ Do you know that you can choose to be happy or unhappy? Happiness doesn’t just happen; it is a choice you make ”  -RVM What is Happiness?   Happiness is a state of mind. It’s a state of joy, bliss and cheer. It is an emotion- energy in motion- that makes one glad, just as unhappiness is an emotion, that makes one sad. A happy person is joyous and he smiles and laughs just as unhappy person frowns and cries. We feel happy and it shows. Happiness radiates through cheerfulness and enthusiasm. Although happiness may be a common word, it is often quite tricky to define or
Post a Comment
Read more

Read an Excerpt: Thick, rolling clouds kept the air moist as Liam paced the confines of his home. Ice covered the stone walls, snow swirled and danced along the floor of the cave. He shivered, the rattle of scales music to his ears. After two hundred years, he was finally able to break out of the horrid humanoid form. Padding to the mouth of his cave, he stared out. White clouds soared around the mountain's peak. Snow danced along the ledge, piling where it was easiest. The air was cold, crisp, sweet, much as it had been when he'd grown up in the Highlands. He tapped his claws against the stone, his eyes searching through the mist, for what he did not know. The need to search, to find an answer to the elusive want had plagued him for days, disturbing his hunting, his rest. Nights were filled with the image of a female, her hair flowing over her shoulders, wide, trust filled eyes staring at him. Her hands outstretched, reaching toward him. The visage tickled at his memor
Post a Comment
Read more 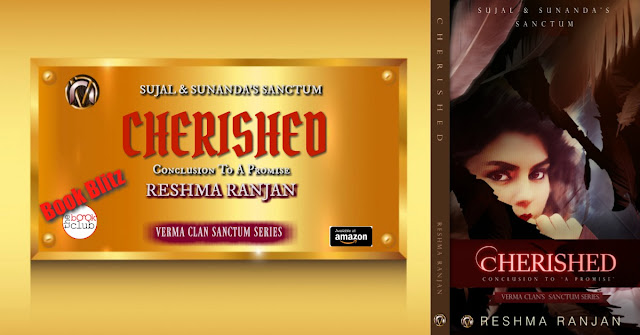 Print Length: 95 pages Publication Date: March 20, 2018 Sold by: Amazon Digital Services LLC Language: English Available on Kindle Unlimited  Genre: Romance  The last thing Sujal Verma had expected while working out that evening was a desperate call for help.  For Sunanda, life was like a romantic movie, all dreamy and beautiful, until trouble comes from close quarters.  Was history repeating itself? Will Sujal be able to save Sunanda from the trauma and pain? Will the reality crush her wings or will she hold on to her buoyant nature and not let the smile on her lips fade away? All actions have consequences. The consequence of Sunaina's actions in A Promise (Book 2 in the series) plays out in her step-sister Sunanda's life in this novella. Cherished is Book 3 of the Verma Clan’s Sanctum Series and the conclusion of A Promise . It is the story of a girl who wakes up from a nightmare to realize that the world could be as colo
Post a Comment
Read more

An Excerpt: A Time To Burnish 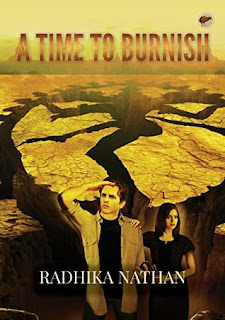 “What is my area of expertise, Josh?” Recognizing the question for what it was—an opener—Josh bit back a groan. Tom reminded him of an old modem in a slow network; the connection light had to get steady before the data light started blinking in a measured pace. He replied, “You know I can answer that question in my sleep! Growing up, it was all that residue hippie stuff, all that ghastly sitar music, thanks to Mom and Dad. Then you had to go pick India as your area of interest.” There was no answering smile on Tom’s face, just an abrupt headshake of a refusal to rise to the bait. “What specifically in India?” “South India.” “Your brilliant grasp of the specifics never ceases to amaze me,” Tom said with the same maddened note that crept into his voice when dealing with Josh’s indifference toward his profession. He poured out the warm saké from the flask and took a delicate sip from the cup. “For the zillionth time, my area of specialization is the Cho
Post a Comment
Read more
More posts