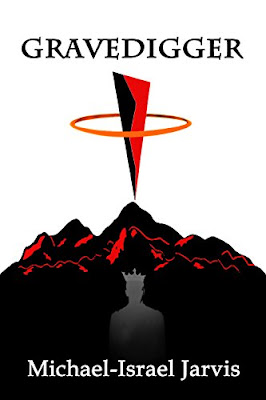 The title attracted me to read this in the first place. I presumed that the story would unfold with elements of horror. I was proved wrong.

The plot revolves around a grave digger but it takes the reader into realms of fantasy. There is magic, sorcery and the quintesstential fight between good and evil. But I must admit, the treatment given to this comcept is what has made all the difference.

Michael is a good writer but there were a few places where descriptions ended up confusing me. As a reader, I lost conversations, their underlying meaning and in a way a part of the story itself. Hence, in my opinion the language used was a bit difficult to comprehend. He has used imageries in various depictions. These imageries did pop up in my head every time I understood what was going on. I also found bits of breaks in the narration. A few places had scenes that could have been elaborated for better understanding.

The protagonist stood out as one strong character and that was a major plus point for the story. Sadly, many of the important characters were introduced in groups. Due to this it really became difficult to separate one from another at times.

To sum up, if you are looking for a fantasy story that has loads of violence in it, then this book is worth reading. Maybe a second reading might help change my opinion or a sequel might succeed clearing up my doubts and answering the questions lingering in my mind. Only time will tell.

P.S - Thank you Dane and Booktrope Publishing for giving me a book that gave a different perspective about the fantasy genre. Hopefully, the next story, a sequel if there is one, would be a much improved version.