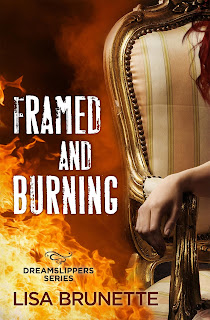 Framed and Burning, Book Two in the Dreamslippers Series
Published by Sky Harbor LLC
# of pages TBD since it's a pre-order
November 27, 2015 pub date
Genre: Mystery

"Framed and Burning is the second book in the Dreamslippers series. It’s easy to follow and hard to put down, making readers who may not have read the first book race back to give it a try!"  - InD'tale Magazine

"Lisa Brunette continues to develop vibrant characters in a stunning story that will keep you reading well past your bedtime!" - On My Kindle

PRE-ORDER ON EBOOK NOW FOR $1 OFF!

In the U.S. - Amazon - Apple iBookstore - for all iOS devices - Barnes & Noble - for the Nook - Kobo - numerous devices - Smashwords - for Kindle, Android, and most other formats 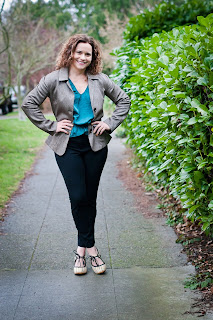 Lisa Brunette is the author of the Dreamslippers mystery series. Book One, Cat in the Flock, is an indieBRAG honoree title that has been praised by Kirkus Reviews, Midwest Book Review, Readers Lane, and others.

Brunette is a career writer/editor whose work has appeared in major daily newspapers and magazines, including the Seattle Post-Intelligencer, Seattle Woman, and Poets & Writers. She's interviewed a Pulitzer Prize-winning author, a sex expert, homeless women, and the designer of the Batmobile, among others.

She has story design and writing credits in hundreds of bestselling video games, including the Mystery Case Files, Mystery Trackers, and Dark Tales series for Big Fish and AAA games for Nintendo and Microsoft platforms.

She holds a Master of Fine Arts in Creative Writing from University of Miami, where she was a Michener Fellow. Her short stories and poetry have appeared in Bellingham Review, The Comstock Review, Icarus International, and elsewhere.

She's also received many honors for her writing, including a major grant from the Tacoma Arts Commission, the William Stafford Award, and the Associated Writing Programs Intro Journals Project Award.

She blogs at www.catintheflock.com and has been a guest-blogger for Author magazine and Dr. Chris Michaels's blog.

Brunette is a member of Mystery Writers of America and the Pacific Northwest Writers Association.