The Ugly Teapot Book One: Hannah 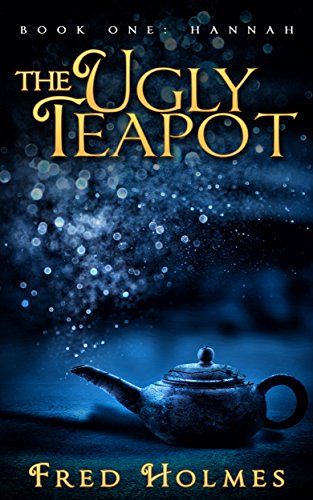 It is never easy to write about loss and pain. And if it concerns a child's turmoil, the task becomes equally difficult.

The plot revolves around a child who finds it difficult to accept the death of her father. In fact, she believes that her father us alive. This entails her to enter a fantasy world in her attempt to bring back her father. The ugly teapot is what she uses as a companion along with her dog.

The language is definitely not child- friendly, hence while narrating the story to younger children, due care needs to be exercised. The narration has a bit of smooth flow to it, however, I felt that there were places where it failed to touch a chord in my heart. This is my opinion because there were times when I wanted to empathise with the little girl but I couldn't. I say this because I have seen my child grieving her father's death. I have seen the phases she underwent, from non-acceptance to denial, thereafter insecurity followed by fear and feeling unloved. Finally, she is now on the verge of learning to grow up with acceptance of his absence. In spite of this, I must compliment Fred because the concept is not easy and using the tool of fantasy for ease in narration can be a tricky affair. The story did manage to evoke imageries at places. In fact, viewing it on a bigger screen might add to its appeal.

The characters were well-etched. It was evident that all characters had an importann the story.

To sum up, the concept is really good because it deals with a subject that scares even adults. My only issue was with the absence of a bit of emotional appeal. Having dealt with it personally and seeing my child grapple with similar loss for years, I really could not find the emotional connect. Thats the reason for three stars. However, to be fair to the author, the story deals with a serious topic but through the realms of fantasy. It is really likeable and makes for a good read. In fact, there is a cliffhanger at the end and I feel there is going to be more adventures with the ugly teapot.

P.S - Thank you Fred for an amazing concept. Wondering what the Ugly Teapot would be doing next. This review is my honest opinion after reading the story.
Book Review