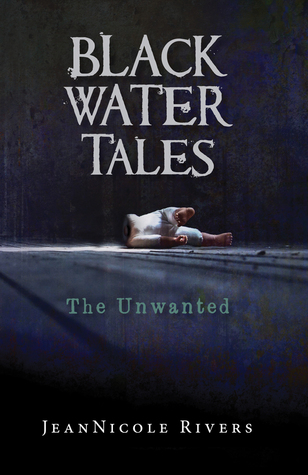 That fall was one of the coldest Black Water had ever seen. Blaire could not have been more than eleven years old. Sabrina Langford had asked her if she wanted to go walking up to the Grammercy Bridge. Grammercy had once taken trains safely from one side of the river to the other and on through the picturesque town of Black Water, but that was long ago. It was a place of little interest to two young girls and, from what Blaire had known at her innocent age, it was, at most, a place where the older kids went to kiss on Friday nights. When Sabrina suggested it as a play place that day, Blaire wanted to object, but hesitated at the thought of turning off her newfound friend.

Long ago the bridge had become lifeless, but it still gave an endless series of death breaths as the girls walked along it. The water flowed rapidly, and the sound of the swishing and churning made Blaire shiver. After throwing a couple of rocks into the river, a series of familiar faces emerged. Lacey Wright, Sharla Hig, Kiana James, and Elizabeth Morrow claimed territory on the bridge, creating a poignant image that Blaire would never forget. A pang of fear sliced through Blaire’s stomach: seppuku. Nothing involving Lacey, Sharla, Kiana and Elizabeth could be good for her because the Frightening Four were perpetrators of horrendous kiddie crimes. Just the week before they surrounded a girl on the playground, who they teased relentlessly until she cried and admitted she was a “slut” as they kept calling her. It was a word that Blaire knew vaguely from hearing it in R-rated movies that she snuck to catch glimpses of from time to time, although she would have been hard pressed to define the word if asked. Against her better judgment, Blaire stepped into the circle of doom on the playground and screamed at all of them to leave the helpless girl alone. Within seconds of hearing the commotion, Mrs. Bennett, infiltrated the mob of minors with a series of inquiries and instructions that made Lacey roll her eyes. The kids scattered but not before Blaire received a malevolent glare from the hellion gang’s little hierarch. The four of them were relentlessly brutal BFFs, who stopped at nothing when they craved the blood of another in the form of utter humiliation and in the name of pure adolescent wickedness.

Blurb:
In the remote, eastern European town of Borslav there is St. Sebastian orphanage, a place where people discard their unwanted children. For the American, Blaire Baker, it’s the perfect place to volunteer her services. Paired with a cheerful volunteer nurse, Blaire is enthusiastic about the possibilities, but is quickly discouraged when she encounters the nefarious nature of the staff and the deplorable conditions of the facility and the children.

Upon arrival, one of the children informs Blaire, “There’s something in the basement.” It isn’t long before strange things begin happening, including Blaire’s flashbacks of the accident that killed her parents. The children soon suffer injuries that Blaire, first, fears may be the deeds of the callous workers but she soon thinks the abuse may originate from a source that is less than human, something unwanted.

The unwanted is coming but in order for Blaire to fight it, she must dig into St. Sebastian and herself in search of truth. Blaire wants nothing more than to help the children, but when she discovers the tragedy that happened in the basement and learns that the same evil forces are still at work, it will be Blaire who needs help…There’s something in the basement.

Jean Nicole Rivers is a great lover of reading and writing. Although she loves varied genres, the horror/thriller genre is her favorite. Jean Nicole has been writing poetry and short stories since she was a child, but has always aspired to master the art of storytelling through novels. The Unwanted is the second story in her series of Black Water Tales, following The Secret Keepers.
Jean Nicole was awarded 3rd place in the National Black Book Festival’s 2013 Best New Author competition and she enjoys the honor of having written featured articles for popular reader websites and blogs, such as Digital Book Today and The Masquerade Crew.

Jean Nicole Rivers graduated from Florida International University with a bachelor of arts in philosophy, and she lives in Houston, Texas.