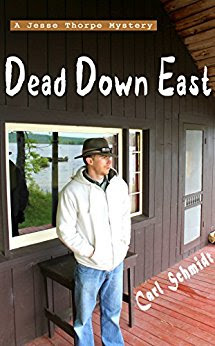 Humor involves surprise and misdirection, and requires that the reader, or the listener, not take things too seriously. Consider the third verse in Bob Dylan’s song, “Memphis Blues” for example:

Mona tried to tell me
Stay away from the train line
She said that all the railroad men
Just drink up your blood like wine
An' I said, ‘Oh, I didn't know that,’
But then again, there's only one I've met
An' he just smoked my eyelids
An' punched my cigarette

At this point in the song, Dylan doesn’t wait for you to get the joke; he charges into the chorus, “Oh, Mama…” while his droll juxtaposition of “eyelids” and “cigarette” is just beginning to take shape in your mind. This sudden change of direction makes the refrain even wittier.
Many of us think of intelligence as the comprehension of truth and beauty, and that mirth lies in some separate region. I don’t. Humor expands the intellect, making it more complete and satisfying. Intelligence without humor is like a fine meal without wine, dessert or espresso.

In his poem, Ode on a Grecian Urn, John Keats penned the famous line:

“Beauty is truth, truth beauty, – that is all ye know on earth, and all ye need to know.”

To which I reply, “Without humour, ye be living in a wasteland.”

When writing fiction in the first person, internal dialogue reveals the inner workings of the protagonist’s mind and is a great place to inject comedy into the narrative.
Jesse Thorpe is the narrator/private detective of my mystery novel, Dead Down East. Jesse has a cheeky sense of humor, which he allows to leak out now and again, not just because he likes to have fun, but also to maintain calm when things get perilous. The first really dicey moment for him occurs in the middle of chapter four, as he is trying to worm his way through an FBI roadblock. In the first draft, I had chosen that moment to insert a rather lengthy internal monologue, to expose the witty side of Jesse’s nature. I was having so much fun with it that by the time I was done, it was almost fifteen hundred words long. And while I liked the tension it created by suspending the dramatic moment in mid-air—for several pages—eventually I decided that it would be more effective as a prologue for the book. This way, on the very first page, the reader gets a preview of the inner workings of Jesse’s mind, a snapshot of his modus operandi and a quick peak at his girlfriend.

What follows are the first two paragraphs of that prologue. I hope it serves to demonstrate the use of humor in writing, and, most of all, I hope it tickles your funny bone.

Apologies and compliments are two remarkably effective devices for disarming adversaries in life and hecklers in bars. If you consider the socially adept people you know, you’ll see that they use these two conversational tools frequently and with ease. I remember the first time it fully dawned on me how valuable they could be.

Angele and I had been dating for a couple of weeks. Our next planned event was scheduled for Saturday night. So I was a bit surprised when she arrived unexpectedly at my place on Tuesday evening. I guess she decided that there was something that couldn’t wait until the weekend. The moment she walked through the front door, I began to suspect what that “something” was. She had a gleam in her eyes that seared me from the inside of my nimble imagination right down to my insteps. I surmised that she was either ovulating, or she had a sudden urge for a tour of the Thorpe habitat. I began to mentally review the floor plan of the house. “Now, where is my bedroom?” I thought. “I know it was here this morning.” 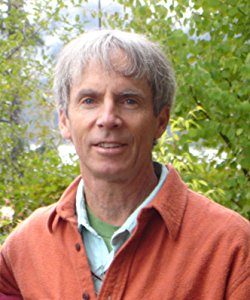 Carl Schmidt (1946-) lived and traveled widely throughout Asia for seven years, including two years as a Peace Corps volunteer in the Philippines and five years in Japan, where he taught English. He chose Maine as the setting for his Jesse Thorpe Mysteries because he loves its rugged natural beauty and the charming idiosyncrasies of Mainers. He has also written and recorded three musical albums. In 2001, New Falcon Press published his non-fictional book, A Recipe for Bliss: Kriya Yoga for a New Millennium.

Currently, he is a freelance writer living in Sedona, Arizona with his lovely wife, Holly, and their faithful German shorthaired pointer, Alize.
Guest Post