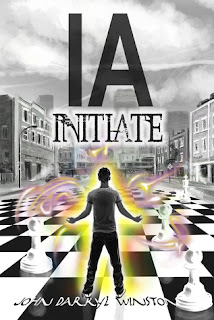 The book initiates the readers into a new world, the world of a thirteen year old boy. And believe me, the world is nothing like the one in which we presently live.

The story concept is unique. The theme revolves around a place called Exclave. The plot shifts between the past and present, but sadly, the link between the two is actually understood only much later. Notwithstanding that, the story per se has a life of its own.

John writes in a manner that appears disjointed yet self-explanatory. Yes, the setting is new, the characters are not very simple, still, his narrative style is contagious, as in, you would not like to put the book down.

The characters are identifiable because they behave like the ones who can be found everywhere. The teens are well, as any teenager should be. This book aptly brings out concepts of friendship, family, innocence, power and the like. The best part is, inspite of it being disjointed at few places, the storyline through the portrayed characters, will make a reader ponder.

To sum up, this book has mass appeak and would encourage you to read more and look forward to the next book in series.

P.S - I received a free copy from BookLover CatLady in exchange for an honest opinion. Thank you Maxine.