Corruption of Power: An Excerpt

By Purple Owl - December 11, 2015
With the careful gait of the elderly, the shabbily dressed old woman wove a slow path through the gravestones of the Botkinskoe cemetery.  Emerging from the scant shelter of its trees, she reached the steps of the Russian Orthodox Church and stopped for a while in a patch of shade. It was a sweltering day, well over 40C. Only the misguided devout would be in church today. She rummaged in her shopping trolley and, taking out a bottle of water and a tin cup, poured a splattering. As she sipped, her hunter's eyes surveyed the graveyard.

Taking out a black cotton veil, she draped it neatly over her head. Then holding onto the stone banister, she dragged herself and her trolley up the steps, past a pair of tall icons and into the church. A sprinkling of elderly pensioners, deep in their private prayers, teetered around the nave, where wafts of incense permeated the air. Shuffling across the stone floor, she stood before the iconostasis and extracted a rosary from her pocket. Running the beads through her fingers, her lips began to move.

A few moments later, the priest in attendance spotted her and inclined his head almost imperceptibly. A broad-shouldered man with a thick greying beard and an ornate crucifix dangling from a chain, he approached each worshipper in turn and whispered his message. Gradually the church emptied. When the last one had gone, the priest locked the carved wooden door.

She handed him a list and waited in silence while he scanned through it.

"Remind me, which Makarov do you use?"

The priest grabbed the handle of her trolley and wheeled it towards the sacristy. "This'll take about an hour," he said over his shoulder. "Come through. Have a cup of tea while I put it all together." 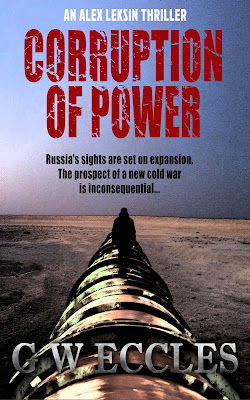 Independent troubleshooter, Alex Leksin, is recruited by Prime Minister Saidov when the plan to reduce Russia’s reliance on an ever more hostile Europe is put at risk. Hell bent on expansion, President Karpev’s strategy is first to shift the markets for his country’s vast energy resources to the East and Saidov has been charged with overseeing a planned pipeline for Russia’s oil through Turkmenistan and Afghanistan to access these markets. Failure could mean catastrophe, spreading the conflict raging in the Middle East to Russia’s own borders.

Fearful that the pipeline deal might be tilting off course, Leksin has only twelve days to report back before Karpev is due to sign the pipeline contract with the Turkmen President in Ashgabat.

His investigation begins in Moscow at the conglomerate responsible for planning and funding the pipeline. Once the province of larger-than-life oligarch, Lev Usenko, the group is now run by his daughter, Vika, the woman Leksin was once to marry. Trickier still is the prospect of dealing with her embittered brother, Max.

Against a background of political corruption, state-sponsored terrorism and increased Taliban insurgency, Leksin moves on to Turkmenistan, one of the world's most sinister countries, right at the heart of Central Asia. Initially his enquiries reveal nothing to cause alarm. Other factors, though, suggest otherwise: wherever Leksin goes, someone tries to kill him; people in a position to help him are assassinated; and information turns out to be misinformation.

And when at last he discovers the truth, he finds himself unsure of whom he can trust as the stakes get frighteningly higher. 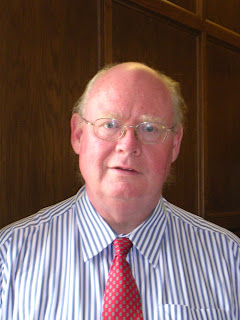 George Eccles, writing as G W Eccles, graduated from the London School of Economics with a law degree and subsequently became a partner in one of the major international financial advisory firms.

In 1994, George left London to move to Russia and Central Asia during the tumultuous period that followed the breakup of the Soviet Union. His work involved extensive travel throughout Russia, Kazakhstan, Uzbekistan and Turkmenistan - often to places with restricted access to foreigners. During his time there, he advised a number of real-life oligarchs how best to take advantage of the opportunities that became available as regulation crumbled and government became increasingly corrupt. Against this background, while his novels are fiction, many of the anecdotes and scenes are inspired by actual events.

His first thriller: The Oligarch, was awarded a Silver Medal both at the Global E-book Awards 2013 and at the Independent Publishers Book Awards 2013, as well as being selected as IPPY Book of the Day.

George is married and now lives with his wife in a hilltop village not far from Cannes in the South of France.