Fill this simple Google form to sign up for the giveaway. Five winners will receive the first two books of the Sky Ghosts series in any ebook format and have a chance to read the rest of the series for free. 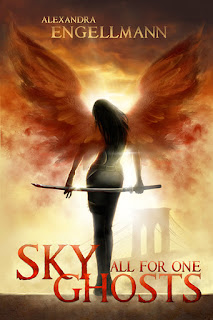 Jane and Pain are Sky Ghosts - and they kill for a living. Highly trained bodyguards by day, they patrol the New York streets at night to keep the city safe from their enemies, Sky Beasts. One night they save two young men from their enemies' blades and find themselves in the middle of a war. As they put their lives at stake to save their wards, the main mystery remains unsolved: why would the Beasts hunt two ordinary human boys?

Spellbinding and violent, Alexandra Engellmann's Sky Ghosts series is exactly what Urban fantasy fans are looking for - a blend of action, humor, mystery, and a unique magic system.

"Sky Ghosts is a great mixture of sword-fighting, humor, wit, sexual tension, and "imperfect romance" that brilliantly lets the readers feel like the characters, while supernatural, are fairly ordinary people underneath it all." - Joe Jackson, author of the Eve of Redemption series 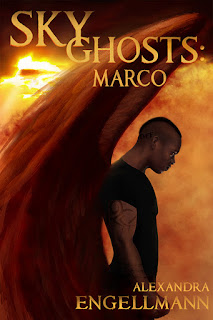 It was hate at first sight. She broke chairs on his head, and in return he broke her bones.

When Marco joined the New York Sky Ghosts Headquarters, he expected trouble. What he didn't expect was a girl half his size that would turn his life into hell. They spilled too much of each other's blood for any hope for reconciliation. How did it happen that they ended up spilling blood for each other on a daily basis?

"I laughed a lot while reading Marco. The silly teenage nature of him and Pain combined with their stubborn natures and violent streaks made for some suitably hilarious and cringe worthy scenes." - Belart Wright, author of the Average Joe series.