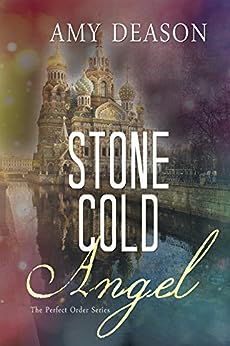 The story began on a promising note. However, it became a plot I have been coming across often in Bollywood movies.

The plot is basically a love story where the protagonists clash, fall in and out of love, thereafter patch up. The backdrop is definitely different and that is what I kept seeking throughout the story.

Amy is good at narration and I wish she had added more to her story and decreased the focus on sexual chemistry between her characters. The latter, at times, was at times a bit too stretched. It overshadowed the main storyline. Yes, Amy kept is simple by choosing a commonly known storyline. Yet, her unique writing style added a personal touch to this plot. There were vibrant imageries and the story does have all the right ingredients for being translated into a motion picture.

The protagonists played their parts well and so did the other supporting characters. Hence, Amy has justified the presence of all her characters in the storyline. The best is that she had ensured every character emoted, had strengths and flaws and was close to real life as possible. And the title could actually be used to represent all her female characters.

To sum up, the story is really likeable. I only wish Amy had focused more on the actual storyline and kept the mature content to the bare minimum. Good for at least one time read because Amy's writing do promise subtly that there might be a sequel and that raises the hope of having an amazing book to read in future.

P.S - Thank you Amy for a wonderful story that reminded me of bollywood movies. This review was my honest opinion after reading your story.
Book Review