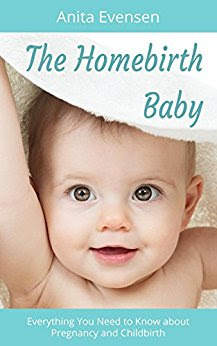 This is the second book I am reading that has been written by Anita. The best thing about her is that she has neither claimed to be an authority on this subject nor has rejected the role of doctors in childbirth. I have never come across books on homebirth and this is my first one on the subject.

In this book Anita has brought out the importance of homebirth and how a baby can be naturally delivered by a mother in the confines of her home. There is no doubt that all parents want their babies to be born safely. In fact, the examples that have been quoted also help promote homebirth. However, the author has also stated the relevance of a doctor for cases that have complications.

The author is not a doctor, hence, all her efforts had been towards bringing out as much information on the subject as possible. Hence, there are places where the information given may not be enough and the reader would have to research more. Yet, this book is comprehensive, as in, Anita has tried to ensure that all aspects associated with homebirth (which includes handling panicky husbands!) are listed out for the ease of those women who wish to opt for homebirths.

Anita's writing style is simple. She has lucidly explained the hows and whys. She has also not used any technical terms or words that cannot be understood by a layman. Believe you me, it is difficult to write on a subject like this without using high-sounding medical terms.

This book is a handy guide for mothers who are otherwise having no difficulties in their pregnancy. As far as the absence of a star in the rating is concerned. Well, in case of developing and underdeveloped countries, this concept is yet to be exercised by couples. Those who live in certain areas do opt for homebirth but there are a few social evils still prevalent that are associated with it such as female infanticide, infant killing etc. Hence, in such countries, the positive effects of accepting the practice of homebirth is yet to catch up.

To sum up, the book is informative. However, as the author states, she is not an expert and hence there may be a few missing links. Inspite of it, the book is a must read for all would-be mothers because it gives an insight into another option that is available for the birth of their precious bundle of joy.

P.S - Anita, its a great piece of work. I chose to read your book because it appeared interesting and this is my unbiased opinion.
Book Review