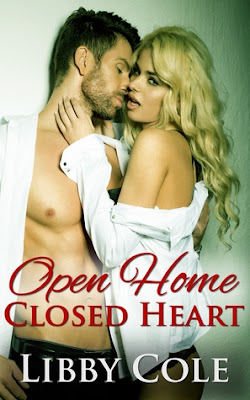 Libby Cole has been one author whose writings I have been following. I have read all the three books in her Hawaiian Heartbreak Series and this is the last one in the series. While the first three books revolve around Kayla, this gives a peek into the life of Tess, her best friend.

This story too deals with love. It is about how the initial hatred for and anger against a person slowly gets replaced with love. There is attraction, there is passion, but in the end, it is the mutual feelings for each other that matters. This story is about relationships and romance in the true sense of the term.

The story is very simple, in fact, if need be, it can be narrated as a short flash fiction. Yet, what sets it apart is the manner in which it has been narrated. Libby has a distinct writing style and that is what had compelled me to read all her stories. Her stories are not complex but the emotions depicted are. Reading it would make to want to run to the protagonist and give her a hug. It kind of generates empathy, making you want to be a part of the happenings that are going on. The story is for a mature audience yet, Libby has given more emphasis to emotions like love, pain, sorrow. Her writing makes you live through emotions as you keep reading.

There are not many characters and that complicates a writer's task. Yet, Libby has done complete justice to portraying the vulnerabilities, the strengths and weaknesses of all the characters. The complexities in human relations, emotions, drama, are all elements that have been brought out in intricate details.

To sum, I loved the series and there is a tinge of disappointment that it has ended. This story, though a part of the series, runs parallel and that sets it apart from the other three. It is a must-read for all those who believe in the magic of love. It is a key to all the others who have an open home but closed heart. On the whole, an awesome piece of writing.

P.S - I chose to read this book for the writing style of the author and the review is an unbiased opinion. I hope there are more stories to come from this upcoming author.
Book Review