Daughters Of The Lake 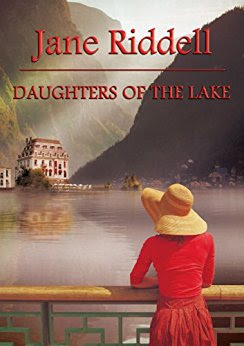 Families can be complicated and the lesser said about dysfunctional families the better. Yet, in the end, it is families that really matter.

The story revolves around a dysfunctional family of a lady named Madalena living in Switzerland. She has planned a reunion at home with her middle aged children joining in. Why dysfunctional? Because each one has a personal battle to fight. For the what, why and how, you really need to read this book. What really caught my attention was Madalena, the mother.  The story line brings out an important message through her character and that is to live life. Times may be trying and circumstances may change. However, what really matters is the fact that one learns to live. Madalena learns to let go, learns to love and wishes the same for her children.

The language is simple and Jane has beautifully brought out the subtle undercurrents that exist between the siblings. Women are known to be the best example for emotions. Through the daughters and their mother, the author has narrated the twists and turmoils many women feel at various stages of their life. There are imageries but as one reads through, its like being a mute spectator to a family drama that silently unfolds. There are a few moments where there seems to be a disconnect in the narration. It could be my perception. Maybe too many complicated situations and complexities in the lives of the daughters are the reason. However, the surprise twist in the end more than makes up for it.

Though Madalena is not the main protagonist, she is the binding element between her children, especially daughters. As far as the other characters are concerned, they emote, they express feelings and are as human as can be. They may not be like you and me but they have their own persona etched out. Through them Jane has aptly portrayed the strong yet vulnerable side of women of all ages. The bond, the conflicts, the relationship that these women share is the essence of this story.

To sum up, this book is about complexities of human life set amidst the pristine climes of Switzerland. Read this book if you value family relationships. Read it if you believe that all is well that ends well. Read it if you are an optimist who has learnt to let go and believe in happy endings.

P.S - Jane, a really lovely story of family relationships and bonding. Your daughters of the lake took me back to my daughters and reminded me of my role as a daughter as well.
Book Review