By Purple Owl - April 05, 2016
One night it came to him, the perfect tactic. Sitting on his bed, he worked all night to write a poem on Coinman. Enthralled by his masterpiece, he ditched work the next day, citing a feverish condition—but called up his gang, one after the other, to recite his work. The next day, when the management was coincidentally out for an off-site seminar, the office workers took the poem from one desk to another cleverly, without kindling Coinman’s suspicion, and praised his caricature in collective chorus. After everyone had had a good laugh, Hukum stuck the poem on the first-floor notice board.


From the **** of his own mother,
Came smiling this crazy ****er!
His father forgot to use a ****er,
But we are the ones who suffer.
Is it hard to guess for any soul?
Who the hell is this ***hole?
Nauseating us is his only goal,
For ringing coins he must pay a toll.
We could have been spared in whole,
If his father had only rested his *ole!
If on that evil night he wasn’t on a roll,
Or had used a few coins on birth control.

The notice board endowed the poem with an official touch, making it even more enjoyable. Everyone wanted to read it again.

“Damn, the good words are all asterisked!” Hukum expressed his disappointment to his gang.

“I am not sure if they will understand it,” Saarang said. 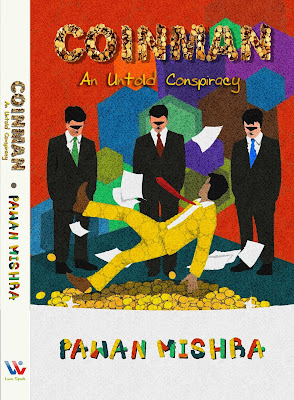 His colleagues are planning his complete destruction.
His wife is an obsessed actress more than a little "off plumb."
And there are enough shadows and secrets in his home for two lifetimes.

Can Coinman ever get what he wants? Or will that cost him his sanity?

Purchase a copy on Amazon.

“Isn’t life a collection of weird quizzes with no answers to half the questions?”

“The only thing God is afraid of is a strong-willed human!”

“People say there are thousands of options we have in life. I say we have only two: we can either be happy or be unhappy.”

“Talented minds have always been stealthily targeted by mediocre ones.” 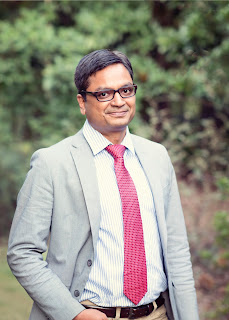 Pawan  Mishra is a leader in the technology and finance industries. He completed his education, including postgraduate work, at Indian Institute of Technology, Kanpur (IIT Kanpur), India, in 1999. He discovered his passion for storytelling, reading, and creative writing during his early childhood. Originally from Aligarh, India, Pawan now lives in Morrisville, North Carolina, with his wife Ritu and two daughters, Mitali and Myra.