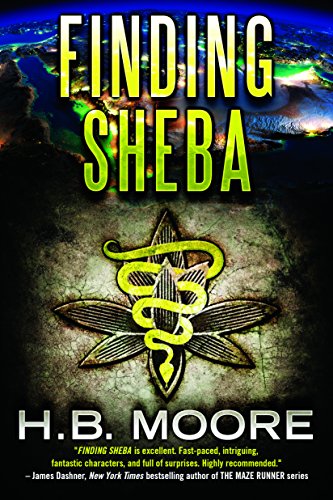 When I started reading the first thing that caught my attention was the shift in timelines. This book was not about a single story line. A very difficult concept to sustain.

The plot is about finding Queen of Sheba. However, you have two major story lines taking the reader along as the search of her tomb progresses and a historical narration which leaves it to the imagination of the reader to interpret who the real Queen of Sheba was. The theme is not new, however the treatment to the story. The question whether Queen of Sheba really existed has intrigued many history enthusiasts. Yet, there has been no definite answer to it till date. The author has attempted to put forth a new perspective to answer this question.

The author has tried to question the existence of King Solomon, David and the Queen herself which may be against certain religions beliefs. Yet, the way he has narrated the entire story, any reader will get captivated. Each segment and each episode of transition is well-crafted. In fact, the story of Nicaula is so believable that at one point I started thinking it might be true. Sadly, the abrupt ending to this beautiful concept was a bit of a disappointment. Also, the characters act in a hurried fashion towards the end thereby spoiling the plot. But, this does not demean the fact that HB Moore is a master storyteller. His writing is powerful and almost converts you into thinking what he has stated is right. This art is very rare. Hats off to the author.

As said earlier, the Queen of Sheba is an exceptional character in this entire story. Her pain, her passion, her sense of duty, everything has been made to appear so believable. Wish the ending could have been more convincing. The others have a role to play, however, the contemporary characters needed to be more convincing.

To sum up, if I read this story again, it will be for Queen Nicaula for sure. Is the Queen a myth or a reality only time can tell. Till then, it is stories like this which will keep the interest alive. A must read at least once.

P.S- Dear author, would there be another story on King Solomon??? Would love to read that as well.
Book Review