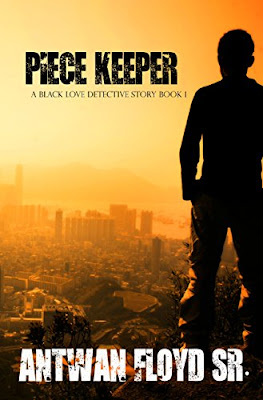 It has been a long time since I posted a review. But that hadn't stopped me from reading. I begin with a review of Piece Keeper. This book is definitely not for those who have a weak heart.

The book deals with a serious subject and hence is dark. It is about a rape, rather gangrape of a young intern. Her personal space and dignity is violated when she is not in her senses. To add to her woes the entire investigation is done by her ex-lover. Sure its not a happy scenario and does deserve five stars for the seriousness of the subject. However, there were a few issues which I felt affected my rating.

First of all, hats off to the writer for a story concept that revolves around an issue that plagues the world in general and women in particular. Rape is not only a heinous crime, it shakes the very belief of goodness in humanity. But what shook me was the graphic details and the violence. The description was too intense for me. Hence, the language leaves no gory details to imagination. I won't blame the author because every storyteller has a set idea when it comes to narration. What didnt work for me would probably work for somebody else. The imageries are too vivid. In case the book does get made into a motion picture it might need to get toned down a bit as far as the language and descriptions is concerned.

What stood apart was a name Black Love. He was the male protagonist. Maybe there is a symbolic meaning attached for choosing such a name but to be honest I failed as a reader to comprehend the same. Also, I felt there was a subtle disconnect between the characters.

To sum up, the story is really likeable for its choice of a sensitive theme. However, the graphic description and violence were nit my cup of tea. It made me cringe and squirm. This book and its story are meant for those with strong hearts.

P.S - A powerful story no doubt, this review is my honest opinion after reading it.
Book Review Bookstagram Storygram