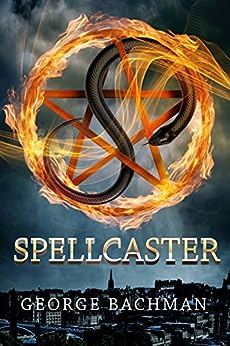 This is one of those stories that has an amazing beginning.

The plot takes the reader back to the Victorian era and thereafter shuttles between present age England and the said past. This historical fiction had all the right ingredients to be intriguing. However, I felt a few things prevented the plot from developing. Hence the three stars.

George started the storyline with an interesting narrative. Yet, as the story progressed the story created a bit of a confusion. Maybe it was because the pace of the story was a bit slow. In fact, the writer could have used more elaborations for greater clarity. Also, the language was simple yet more description could have enhanced the impact. There were imageries but where the writing was a bit confusing there the imageries lost their clarity. The story had all the right essentials for getting converted to a blockbuster. Maybe a revision and more elaboration would fo the trick.

The characters or rather the protagonists stood out but sadly they were let down by the story narration. They emoted, they seemed real but there were also places where they seemed too perfect to be real. Again, thid is the first book and if there is a second one, I sm sure these would be taken care of.

To sum up, this could have been an excellently amazing story but lack of clarity in few places made it likeable. What I felt was a bit of a let down was the end. It was not evident whether it was a cliffhanger or was it actually the end. Read the story with an open mind because George is one author who has all the potential to create magical stories.

P.S - The Spellcaster did cast a small spell on me. Yet I am sure the impact will be much better in the subsequent continuations if any. This review is my honest opinion after reading the story.
Book Review